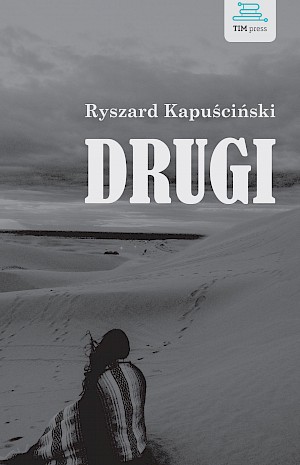 One turbulent life of learning and traveling of one of the greatest names of the contemporaneous Polish literary scene is covered in this selection of his public lectures held in Graz, Vienna and Krakow. In his distinctive investigative journalistic-literary style, Ryszard Kapuściński culturally, historically and anthropologically discusses the Western approach to the Other. While inquiring what it means to be European or non-European, to be a colonizer or the colonized, accepted and appreciated or a stranger and a threat, the author re-examines the question of identity and its value, as well as the relationship to the external, non-belonging, Other and different. Kapuściński's experiences and insights teach us that, even after a long journey from classical times, through the Enlightenment and colonialism to the present day, developed Western thought still divides and defends its own and familiar from all the unknown, different, so therefore suspicious and threatening.

Nationalism, like racism, is an instrument of identification and classification that my Other uses on all occasions. It is a rough and primitive instrument, a superficial and shallow view of the Other. For a nationalist, the Other has only one characteristic – his belonging to a nation. It doesn’t matter if one is young or old, smart or stupid, good or evil, only one thing that matters is: whether they are Armenian or Turkish, English or Irish, Moroccan or Algerian. When I live in a world of ardent nationalists, I have no name, no occupation, no age. Dangerous, but at the same time fundamental feature of nationalism is the hatred towards Others. The amount of that hatred varies, but it is always present.
Ryszard Kapuściński

These short, but in many ways instructive texts rose from the need to understand the Other and the different, because he is a mirror in which our behavior, our humanity, nobility and humanity are reflected. The second is not our enemy, it is a value worth striving for, and it is the acceptance of this that Kapuściński saw as the greatest challenge of the 21st century. What characterizes the history of civilization, wrote Kapuściński, are encounters with the Other, the different; he is always a mystery to us, a great unknown, and in many ways a secret. „The Other is not only the Other to me, but I am also the Other to him.“
Jaroslav Pecnik

Ryszard Kapuściński (1932–2007) is the most famous Polish travel writer. He has written about twenty books about African, South American and Central Asian countries. In his essay reports he approaches as a travel writer, historiographer and anthropologist. This historian, a world-renowned journalist is one of the most translated Polish writers. He was fluent in five languages and translated from those languages, and influenced many great writers. He has won a large number of awards for literature, and in his homeland he was named the „journalist of the century“.

Francis Fukuyama
In 2014, Francis Fukuyama wrote that American institutions were in decay, as the state was progressively captured by powerful interest groups. Two years later, his predictions were borne out by the...

The Light that Failed

Ivan Krastev , Stephen Holmes
This famous book by two prominent intellectuals, Ivan Krastev and Stephen Holmes, completely reshapes our understanding of the crisis of liberalism and answers the question of why the West, after...

Umberto Eco
Today, after the XIX. century of full immigrants, we face phenomena that we cannot define with certainty. Today, in a climate of high mobility - it is very difficult to say whether some phenomena are ...