TIM press published the book by the author André Gorza called The Immaterial.

In The Immaterial, French social philosopher André Gorz (1923–2007) argues, in his finely-tuned and polemical style, that the economic boom that accelerated in the 1990s and crashed so spectacularly in 2008 was based largely on an immaterial consumption of symbols and ideas, as capitalism tried to overcome the crisis of the formally industrial regime by throwing itself into a new, so-called knowledge economy.

The term "knowledge economy" is not merely a metaphor, but indicates the fundamental transformation of the economic system. It means that knowledge has become the main productive force; that produces social activities, therefore, crystallized work is not in the first place, crystallized cognition is; in the end the exchange value of tangible and intangible assets is no longer determined by the amount of the general social work which they contain, but rather the content of the general knowledge, information and intelligence.

To perceive the knowledge as an equity and a mean of production ultimately means to reduce all human activity to instrumental activities of production, the capitalist productivism and its indifference to the content. Knowledge does not necessarily mean intelligence, it is much poorer. While the notion of intelligence covers the whole range of human capabilities and can therefore serve as a basis for understanding society as a society of culture, the concept of knowledge excludes this possibility. To know, by definition, always means the realization of an object - tangible or intangible, real or unreal - as an object that exists in itself, outside of me, different from me and sufficient. Known is considered to be known only if it is set as an object which existence does not owe us anything.

In this, the last full-length theoretical work Gorz completed before his death, he argues instead for the creation of a true knowledge economy. This economy would be based on zero-cost exchange and pooled resources, and knowledge would be treated as humanity’s common property. Currently, in order to exploit knowledge and turn it into capital, the capitalist enterprise privatizes specialized knowledge and claims ownership through private licenses and copyright. But as Gorz shows, the traditional foundations of such capitalist economics have begun to crumble because of the immaterial nature of this new form of product, which makes it almost impossible to measure in monetary terms. The knowledge economy, Gorz declares, is the crisis of capitalism.

Thought-provoking and divisive, The Immaterial is the perfect book for our time, as we begin to reimagine the structures of our economic system in order to rebuild and move forward.

Lars Fr. H. Svendsen
For anyone who has struggled with the work--life balance, "Work" is an absorbing and enlightening read that challenges us to think about our attitude to work and what it means to us.

Dragan Bagić
Book Industrial Relations in Croatia in a comprehensive and systematic way deals with industrial relations, including the assessment of the position and actions of trade unions and employers'... 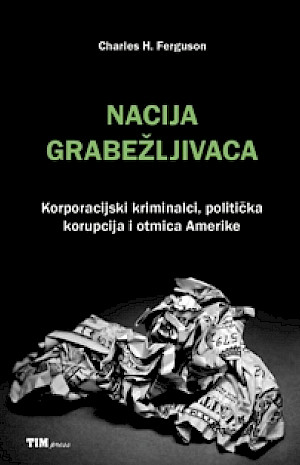 Charles H. Ferguson
In Predator Nation, Ferguson exposes the networks of academic, government, and congressional influence--in all recent administrations, including Obama's--that prepared the path to conquest. He...