Is it Tomorrow, Yet?

How the Pandemic Changes Europe 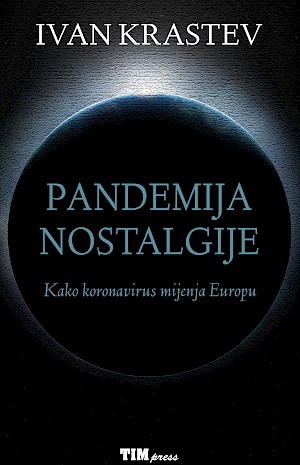 When people became absorbed by understanding why fewer people were getting infected and dying in some European countries than others, the idea of a common Europe disappears. Nobody cared to count the number of dead or infected on a continental level. No government called out for European health policies or for the Europeanisation of COVID 19 related personal data. There were times during this crisis that the European Union started to resemble the final decades of the Holy Roman Empire, when people living in the territory of the empire became unaware that they were even still a part of it. In m any places in Europe COVID 19 crisis diminished citizens’ enthusiasm for the EU but at the same time it forced governments to realize their dependence on the EU.

When the pandemic is over, people will be nostalgic for that bygone era when we could easily fly almost anywhere in the world; when restaurants were packed; and when death was so unnatural that when an elderly person passed away, we wondered whether their death had been caused by a doctor’s mistake. But while people will be eager to return to normality they will discover that it will be impossible to do it. There’s also something disturbing about the world of yesterday. The difference between the past and the present is that we can never know the future of the present, but we have already lived the fut ure of the past. And we know that the future of yesterday is the COVID 19 pandemic that we are experiencing today.

We can only speculate about whether it will occasion what is normally accomplished by wars, but irrespective of what happens next, we can be confident that when the virus is defeated, the world will be swept by a ‘pandemic of nostalgia’.

It’s not only the fact that COVID 19 brings meaningless death. It also brings undignified death. In all testimonies of plague years, it was the fact that people died without a proper funeral that compounded the tragedy for contemporary chroniclers. It’s no different this time. The fear of infection made many family members reluctant to attend the funerals of their relatives and many occasions there were no funerals at all.

By declaring that the virus is the ‘invisible enemy’ and by applying the sorts of surveillance technology previously used for detecting terrorists to track the spread of the disease, governments have made people feel that coronavirus is a new so rt of terrorism. In a similar way, the closing of the borders between EU member states in response to the pandemic recalled the refugee crisis of 2015 and the fear of the spread of ethnic nationalism. And while the pandemic has strengthened the strong nati on state, the danger is that political leaders will fail to recognise the distinctive nature of the nationalism triggered by this crisis.

In the early stages of the crisis, people willingly granted extraordinary powers to their governments, but they will become increasingly uncharitable as economic concerns begin to supplant public health ones. This is the changing nature of the COVID 19 calamity; a health disaster that will turn into economic one makes the political consequences of the crisis incredibly difficult to predict.

Political scientist Ivan Krastev (1965) is one of the most prominent public intellectuals in today's Europe and an expert on Eastern European democracies. He is the President of the Center for Liberal Strategies in Sofia, a permanent associate of the Institute of Human Sciences in Vienna and a member of the Board of Directors of the European Council on Foreign Affairs and the Board of Commissioners of the International Crisis Group. Since 2015, he has been writing monthly columns for the international edition of the New York Times on the political and cultural issues of Central and Eastern Europe.
From 2004 to 2006, Krastev was the executive director of the International Commission on the Balkans, and from 2005 to 2011 he was the editor-in-chief of the Bulgarian edition of Foreign policy magazine and a member of the Council of the International Institute for Strategic Studies in London.

From his rich opus, we single out the titles After Europe (TIM press, 2019), The Light That Failed: A Reckoning (2019, co-authored with Stephen Holmes) Democracy Disrupted: The Politics of Global Protest (2014), In Mistrust We Trust: Can Democracy Survive When We Don ' t Trust Our Leaders? (2013) and Shifting Obsessions: Three Essays on the Politics of Anticorruption (2004).

Ivan Krastev
As it was a century ago, Europeans today are living at a moment when paralyzing uncertainty captures a society’s imagination. It is a moment when political leaders and ordinary citizens alike are t...